Financing space development is the focus behind 1st Space Bank through 1st Space Financial Institution, Inc. as well as giving extra money to everyone on the planet, including governments. We are intent on increasing the global economy by a new influx of readily available cash that will boost growth especially in the Space Industry Sectors. Governments can use the money to offset their deficits because we buy the debt. Anyone that opens an account with us automatically receives 13.5 times the amount of money that is deposited. More on this subject can be found on the page About Us.

1st Space Bank is developing new technology based on several digital currency platforms being used today. We are using the term loosely calling it, “The Space Dollar” or it may eventually be called something else.

Open a new account with us today and once the first banking platform goes live in the near future you will have the ability to transfer any amount you want to someone else in a distant part of the world providing of course they have an account. Current banking laws prohibit how much money can be transferred to an account in another country. Your account at 1st Space Bank will allow yo to transfer any amount of money you wish because the transaction takes place in space and is what we call a horizontal transaction. Meaning it is transferred to another account without going vertical to an account on Earth.

We have funded the bank with 2.7 quadrillion Space Dollars and half (1.53 quadrillion) of that was issued to 1st Space Financial Institution, Inc. (1SFII) to help finance the space industry and give entrepreneurs, startups,and individuals (with great viable ideas) a fighting chance to create new companies, even governments and corporations. 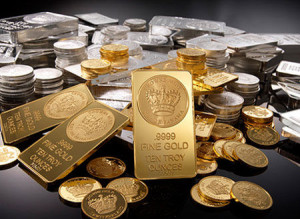 Along with these determinations we also concluded that the Space Industry will not be a cheap undertaking to make  humanity a space faring species.

We also see the future value of space commerce as hitting the quintillion mark within 50 to 100 years. This of course depends greatly on how willing the governments of the world accept the fact that no government alone can foot the bill of space exploration. It is a joint venture and one that we as Earthlings must embrace if we are to survive any catastrophic event that could bring humanity to extinction.